Beauty of Misery: Behind the Success of Apocalyptic-Themed Games

20 Nov Beauty of Misery: Behind the Success of Apocalyptic-Themed Games

Think of the word ‘apocalypse’, and we tend conjure up thoughts of death, destruction, and the end of the world. A seemingly rational reaction would be to avoid it – after all, the fear of death is common amongst us – yet the post-apocalyptic style is a popular genre in video gaming.

What do we enjoy about post-apocalyptic video games, and why do we love simulated misery?

Online gaming has come under heavy fire for causing many youths to suffer from serious addiction. In 2011, an inaugural study done on 3,000 youths found that Singapore adolescents spent an average of 20 hours a week on video gaming, considerably more than American youths who spent an average of 13 hours. Amongst this group, about 1 in 10 displayed symptoms of obsessive or pathological video gaming, causing significant disruption to their regular lives. These youths were found to be more likely to have poorer grades, less social and more hostile, and prone to suffer from more health problems such as wrist pain[1].

Halifax psychologist, Dr. Brent Conrad, has discussed the reasons behind the addiction towards video games. After encountering an increasing number of patients with difficulties related to excessive video game use, he created TechAddiction, a site dedicated towards resources and information on this issue. In one of his articles, Conrad asserted that social connection is an important factor in addiction. As many video games encourage and even require players to socially interact with one another, it feeds a universal human need for interpersonal connections. The ability of games to factor in collaboration between players in different countries and even opposite sides of the world adds to their excitement and exploratory nature. In addition, addictive video games often require team play, hence a player who joins a group to accomplish goals will develop a connection to that team, thus feeling a sense of responsibility towards them for advancing their gaming goals. The player, in an attempt to offer more contribution to the team and keep up with them, will want to be online whenever his team mates are, leading to an increased number of hours. Furthermore, he believes that the most addictive video games are those which have no pre-defined ends, i.e., no specific ending or goal that the player can achieve to gain that sense of finality. As such, there is the lack of experiencing ‘Game Over’ or a conclusion, signifying the natural end to a game[2].

However, Conrad’s reasons behind the addiction towards online gaming seem inapplicable with regards to the genre of apocalyptic-themed games. 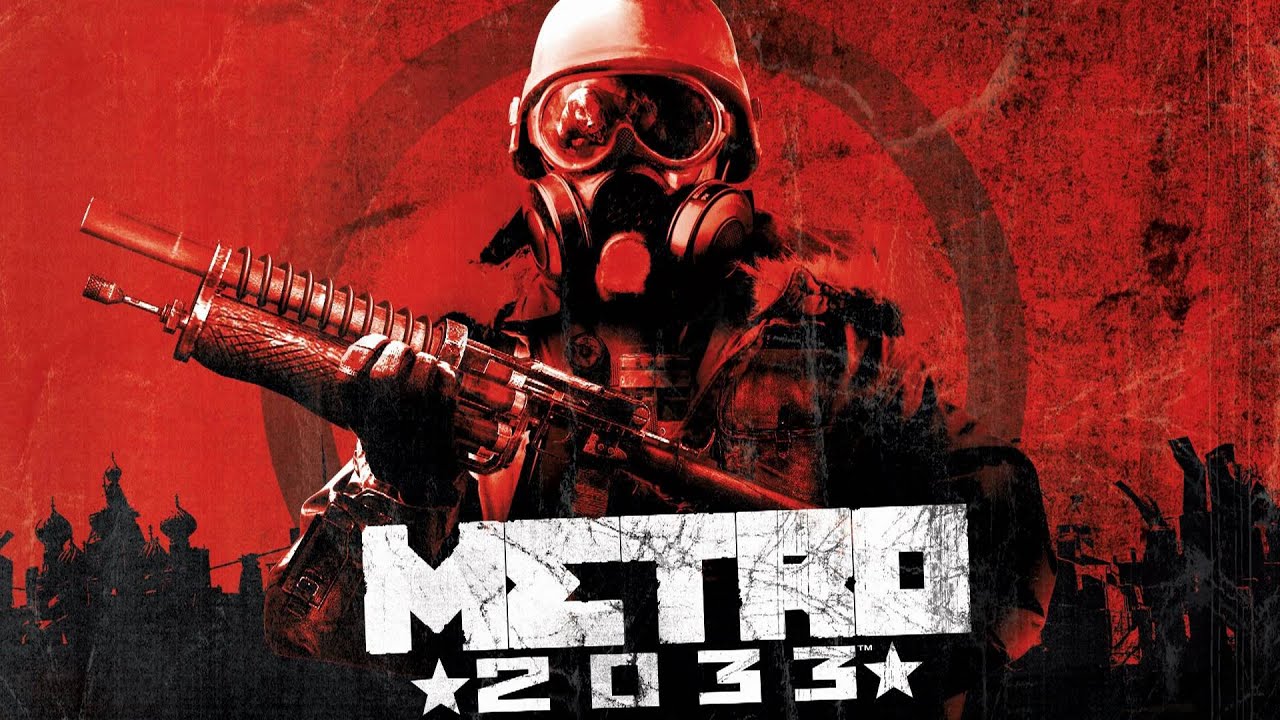 Taking two popular post-apocalyptic games as an example, in ‘Metro 2033’, the game revolves around a single-player mode where the players will experience the gameplay on their own. They will not collaborate with other players, and hence will not feel a sense of responsibility to a group.

In addition, the lack of need to socially interact with other players removes the game’s potential in feeding a universal human need for interpersonal connections. In ‘Left 4 Dead 2’, the game does offer a multi-player mode, which could potentially enhance the social interaction between players, and tap on their instinctive desire to connect with others.

However, the mode also allows the roles to be taken over by computers should there be a lack of players, hence eliminating the requirement for teamwork. Although the game has chapters that can be re-played endlessly and can hence be argued that there are no pre-defined endings, the plot line of the game does offer goals and ends with a chapter that serves as the conclusion.

In light of this, I would therefore like to suggest in my essay that the attraction gamers have towards apocalyptic-themed games are not simply the result of a need for social interaction, sense of responsibility to the team or lack of pre-defined ends (although it can be agreed that these are factors in the games that should be taken into consideration). Instead, it mainly stems from an existing interest in the apocalyptic culture, and the realistic experience these games offer. These two elements are the reasons behind the appeal towards apocalyptic-themed games.

Novels and films give the audience an opportunity to envision a world beyond reality, creating experiences through their imaginations. Similarly, video games are but a medium that allows users to explore and enjoy hypothetical situations. An existing interest in apocalyptic culture could cause gamers to gravitate towards apocalyptic-themed video games, and its allure could be due to the belief that it is a reality that will soon occur. Despite being suppositional – the perceived end of the world has neither been confirmed nor proven with scientific research – there are many who hold an opinion that the apocalypse is real and impending, and the likelihood of religion playing a huge role in giving weight to that belief is strong. In 2012, Eric D. Miller studied 142 participants, and published a research report claiming that religious individuals may be more likely to entertain doomsday scenarios. He discovered that people who self-identified as being more religious, were more likely to believe in the plausibility of the end of the world and apocalyptic thinking[3]. That same year, 2012, 84% of the world’s population identified themselves as affiliated with a religion[4], and following Miller’s thought, it can be theorised that an increasing number of people are leaning towards believing in the arrival of the end of the world. Interestingly, in that same survey, 32% identified themselves as Christian[5], which is an intriguing statistic. Christianity has been closely linked with the idea of the apocalypse, and the Book of Revelation (from the Bible) is one of the most popular examples of apocalyptic literature. Furthermore, 59% of respondents in a Time/CNN poll believe that the events in the Book of Revelation are going to come true[6]. Regardless of the religion, an individual who identifies with one will most likely have the perception of the existence of a God or multiple Gods. This could amplify the idea of the potential arrival of an apocalypse – the result of facing God’s wrath – and the necessity of seeking salvation. The knowledge that the apocalypse will happen can serve as motivation to find out more about it.

However, a mere interest in the apocalyptic culture does not serve as the main reason for the attraction towards apocalyptic-themed video games. After all, one can simply turn to books and movies for the purpose of satisfying their imagination. The decision to choose video games as a medium to explore apocalyptic themes must have its reason, and it could be due to the realistic experience offered by apocalyptic-themed video games. In films, one views the story from a third-person perspective, and in novels, one must rely on his / her own imagination to create an apocalyptic world. On the contrary, video games allow users to experience the apocalyptic setting first-hand, and immerse themselves fully through stunning visuals and sound effects. Believing that the apocalypse is real and impending, players seek to truly understand how the world is like, and hence shift away from simple graphics and animations, moving towards graphics that can bring forth the experience of truly being in an apocalypse instead. The demand for greater detail and more realistic designs increases, and players are no longer satisfied with cartoonish characters and pixelated images that portray the story in a childish manner. The good thing is, this is not an impossible task, as advancements in technology have allowed almost every individual to own computers with high resolution screens, hence game design is pushed to become increasingly complex and detailed.

Through his analysis on visual styles in video game graphics, Yin Wu asserted in his paper that conventionalised realism, i.e., the mode of visual expression that depicts subjects and objects as if they were viewed in ordinary and real-life situations, help to contribute greatly to the illusion that a character was not just a computer character, but is just as real as us. Furthermore, distorted realism, i.e., the mode of representational graphics featuring distortion of visual components to support specific subject matters and narrative themes, can make it possible for players to evoke emotions and memories that these distorted graphics remind them of[7]. Both ‘Left 4 Dead 2’ and ‘Metro 2033’ rely on conventional realism via the realistic design of the four survivors and Artyom to increase the player’s sentiment that the characters are just like him / her. This places him / her in a situation where – combined with the usage of first-person perspective in the gameplay – the player believes that he / she is going through the exact same situation. Furthermore, both games use distorted realism liberally throughout; from the deformed creatures to the exaggerated conditions of buildings and even the destructive usage of weapons, every detail is painstakingly worked on to ensure that it brings forth the full apocalyptic experience and the fear of being in such a world. Another popular example is the Fallout series, which uses nuclear warfare and a series of other events as a backdrop for the apocalyptic setting. The series attempts to make the gameplay as realistic as possible through the inclusion of skills and attributes that forces the players to adapt to environments and situations quickly.

A major part of our personality involves the existence of survival instinct, which gives humans the innate ability to discern if one should ‘fight or flight’. With it comes an adrenaline rush that causes a feeling of satisfaction – one that many people, known as adrenaline seekers, attempt to obtain constantly. By placing players in a first-person perspective, and weaving in a plot line where they are faced with life-and-death situations, both games create an adrenaline rush that can be experienced with heightened senses. This is further supported by the heavy action scenes, intricate story line, and conventional and distorted realism effects such as the dim lighting and blood splatter. Hence, when players begin the game, they do not simply play; instead, they are giving themselves the opportunity to enter a world where they can be immersed in a post-apocalyptic setting, giving them a taste of that experience, while still remaining safe in the comfort of their homes. As Wu puts it best, “such reality effect is so powerful; every so often players would have the illusion that the game world exists as a continuation of their current reality”[8]. In essence, they get the benefit of feeling the adrenaline and experiencing a post-apocalyptic world without facing real danger.

Although Conrad’s theory of social connection being the main factor behind the addiction towards video games may be valid, in an apocalyptic setting, it may not so. The apocalypse has played a prominent role in today’s culture, especially with current affairs that introduce the idea of destruction through war. As such, pre-existing interest in the apocalypse and the realism of apocalyptic-themed video games that allow players to enjoy the experience first-hand reason should be considered as two of the main contributing factors.

[4] Harper, J. (2012). 84 percent of the world population has faith; a third are Christian. The Washington Times. Retrieved from https://www.washingtontimes.com/blog/watercooler/2012/dec/23/84-percent-world-population-has-faith-third-are-ch/

[5] Harper, J. (2012). 84 percent of the world population has faith; a third are Christian. The Washington Times. Retrieved from https://www.washingtontimes.com/blog/watercooler/2012/dec/23/84-percent-world-population-has-faith-third-are-ch/